Under the Arches
Desert Discoveries Around Moab, Utah
By Roddy Scheer

While the fantastic desert landscapes around Moab, Utah, may not be as untracked as they were a half century ago when Edward Abbey worked there as a seasonal ranger and wrote what would become the environmental classic Desert Solitaire 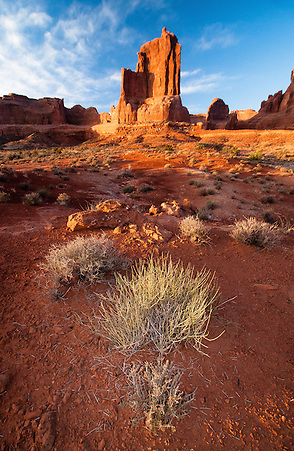 The main attraction remains Arches National Park, where Abbey served as the lone ranger in the late 1950s when it was just a national monument and had only a couple of dirt paths to accommodate the few hundred visitors willing to brave the heat each year. Nowadays some 50 miles of paved roads whisk more than a million visitors annually between a gleaming new entrance facility and famed natural wonders like Balanced Rock, Delicate Arch and the Fiery Furnace. Although most of the park’s 40 or so arches will likely stand much longer than you or I, other factors—invasive species, mineral extraction, oil and gas development, off-road vehicle use and global warming, to name a few—are taking a toll on the region’s relatively lush desert landscapes, meaning the sooner you go, the better.

One of the best ways to absorb the scenery while learning about ecological threats is to take a float trip down the Colorado River with the nonprofit Canyonlands Field Institute (CFI). CFI takes some 3,000 people a year down the Colorado on day and overnight rafting trips led by guides well-versed in not just river running and camp hospitality, but also the environmental issues facing the region. Forty percent of CFI’s trip participants are students on subsidized field trips or service vacations, with the rest adults and families looking for an educational and fun day out on the water.

Green travelers looking to incorporate a service element into their vacation can hook up with another nonprofit, Plateau Restoration, which enlists volunteers to help with projects like eradicating invasive plant species and replanting waning natives.

The Moab area has become famous in recent years as a mecca for “slickrock” mountain biking. A half dozen outfitters rent mountain bikes and lead tours there, but the greenest may be Escape Adventures, which offsets its greenhouse gas emissions, runs its support vehicles on biodiesel and powers its Moab headquarters with solar power. Escape leads half- and full-day tours of Moab-area mountain biking hotspots like the Slickrock Trail, Porcupine Rim and Klondike Bluffs, as well as multi-day backcountry trips. 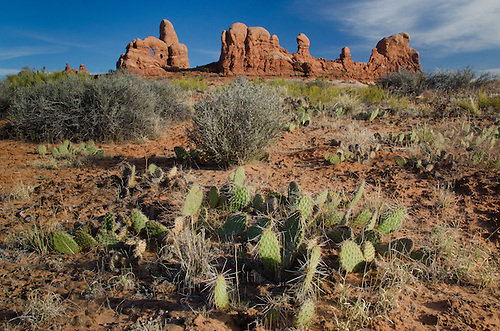 As for lodging, one of the area’s ritziest options is also one of its greenest. The  Sorrel River Ranch offers 55 guest rooms decked out in rustic yet elegant ranch décor—and free range of the 160-acre property situated on the banks of the Colorado River bordering Arches National Park. The ranch powers its main lodge with solar panels and utilizes a geothermal heat pump to warm and cool its spa facilities. It also filters water on site with locally sourced crushed garnet. An organic garden provides most of the produce for the ranch’s restaurant. Other green lodging options in and around Moab include the Kokopelli Lodge, the Lazy Lizard Youth Hostel and the Moab Valley Inn.

Even Abbey saw the development of his beloved canyonlands as inevitable. By his own account, he considered Desert Solitaire a memorial to “places already gone or going under fast” and “a tombstone or a bloody rock” to be hurled defiantly at “something big and glassy.” Luckily for us a half century later, the sacred deserts of southeast Utah are still relatively pristine. But it’s now up to us to hurl our own metaphorical bloody rocks—by staying on trail, recycling more waste and reducing our carbon footprints.